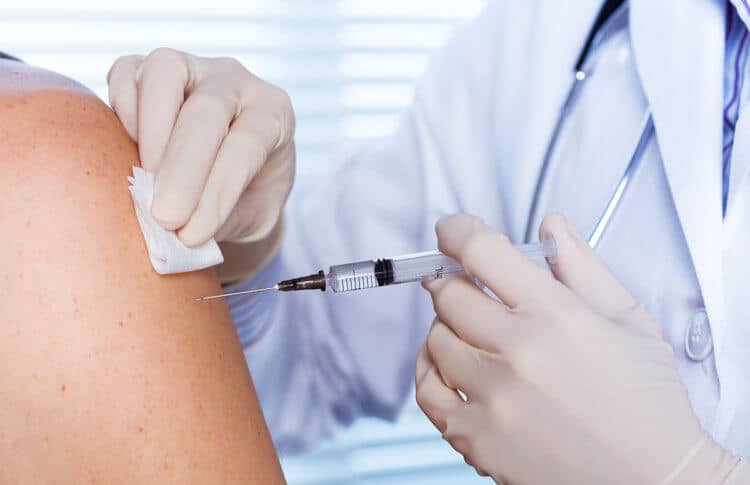 Shingles is a viral disease that affects around 1 million people each year in the U.S. Although it can affect people at any stage of life, it’s most common in people over 50. Since shingles can be more painful the older you get, many Medicare recipients want to know if they’re covered for the shingles vaccine, which can reduce the risk of shingles by 90%.

The two vaccines currently available in the U.S. are Zostavax and Shingrix, although Shingrix is more effective and is the CDC’s preferred vaccine. It comes in two doses taken 2 to 6 months apart, and most recipients have only mild side effects.

In this article, we’ll look at ways to make sure you’re protected from shingles and help you find out how much of the vaccine’s cost is covered by Medicare.

Shingles is caused by the herpes zoster virus, which is the same virus that causes chickenpox. If you’ve had chickenpox when you were a kid, then there’s a chance that the virus is dormant in your nerve cells and could be reactivated. Although it’s more commonly reactivated with age, it can also appear in younger people with poor immune health.

Nearly 1 in 3 people in the U.S. will have shingles at some point in their life, including half of people who reach the age of 85. Most people who get shingles will only experience it once, although it’s possible to have more than one outbreak.

The most recognizable symptom of shingles is a rash on the side of the body. In most people, the rash is limited to one area on the body in the shape of a stripe or “belt”. Since the disease is located in the nervous system, it doesn’t spread throughout the body or cross the midline, but it can appear on the face, or in an eye, ear, or mouth.

Other symptoms include tingling before the onset of the rash, as well as fever and headache during the course of the infection. The rash can last for 2-4 weeks, and typically causes sharp pain and itching as it blisters and heals over. Some people experience additional nerve pain called post-herpetic neuralgia, which is more likely to appear in older patients.

Most people who have shingles are advised to manage the pain and go about their normal routine. The blisters can take a while to fully heal, but after they’ve scabbed over, they aren’t contagious, and only rarely leave scars.

WHAT SHOULD I DO IF I HAVE SHINGLES?

If you think you may have shingles, see a doctor as soon as possible and get a professional diagnosis. While some cases are mild and may clear up on their own without treatment, other cases can cause severe pain and require medication to manage.

It’s also important to take steps to avoid spreading the virus. The Centers for Disease Control recommends keeping the rash covered and washing your hands often. Avoid touching the rash as much as possible and avoid contact with people who may be at risk, including:

Your doctor may recommend antiviral drugs, or simply treating the rash with over-the-counter medication such as calamine lotion to soothe the pain of the blisters. Treatment can reduce the pain and duration of the symptoms, but doesn’t “cure” the disease altogether.

The best way to reduce your risk is with a shingles vaccine. The CDC recommends two doses of Shingrix, which is 90% effective for 3.5 years. If you were vaccinated before 2017, you may have received Zostavax, which reduces the risk of shingles by 51%. You may still be able to take the Shingrix vaccine for more effective prevention.

Some Medicare plans cover the shingles vaccine and some do not. Whether you’re covered for it or not depends on which Medicare plan you have and where you get the shot.

Original Medicare, or Medicare Parts A & B, does not cover the shingles vaccine. So, if this is the only Medicare coverage you have, you’ll have to pay for the vaccine out of pocket.

However, it may not cover the vaccine in all circumstances or locations. If you get the vaccine at a pharmacy, you’ll probably have to pay a copay. If the pharmacy is out of your health plan’s network, then you may have to pay an even higher copay or the full price.

If you get the vaccine at a doctor’s office, then you may have to pay the full cost out of pocket and get reimbursed by your insurer later. That’s because many doctors aren’t set up to work with Medicare Part D plans and can’t bill the insurer themselves.

Be sure to do your research before going to the pharmacy to avoid any surprises. Remember, Original Medicare alone won’t cover the vaccine.

HOW TO FIND OUT IF YOUR MEDICARE PLAN COVERS SHINGLES VACCINES

If you have a Medicare Advantage plan with prescription drug coverage, or a standalone Part D plan, then you should be covered for the shingles vaccine in many circumstances. But how you find out how much of the cost your plan covers?

First, find out how your insurer categorizes the shingles vaccine on their formulary. A lot of plans list Shingrix on Tier 3 drug as a “preferred brand-name” drug. Unfortunately, there isn’t a generic version of the vaccine, so there isn’t much you can do about that.

Second, look up your copay for that tier of drugs. It could range from $0 to over $100 depending on your plan, and depending on whether you get the vaccine in or out of network.

Also, if you haven’t yet reached the annual deductible for your insurance plan yet, you’ll have to pay the entire amount out of pocket (which will count toward your deductible).

So, while all Part D plans are required to cover the shingles vaccines, the amount that they “cover” varies widely between insurers.

If you’re just signing up for a Medicare plan and expect to get the shingles vaccine within the next year, you can choose a plan that has a lower copay. Or, you can switch plans during the annual open enrollment period to find one that covers it at a better price.

If you currently have private insurance, then it may be a good idea to get the vaccine before enrolling in Medicare, since many private insurers cover it under “preventative care.”

According to Consumer Reports, the shingles vaccine costs around $217 at full price, but the average cost for people with Medicare Part D is $50 for each shot. Some plans have a higher copay, while some plans charge less or even $0.

Before you go to the pharmacy to get vaccinated, call them to find out the current price of the vaccine, and call your insurer to confirm that they will cover it. To get the lowest copay, make sure the pharmacy is in your insurer’s network.

You can also ask your doctor about getting vaccinated at the doctor’s office, but make sure to ask them how much they charge for the vaccination and if they can bill your insurer.

Some doctors may charge more for the vaccine than your insurer will cover, and some may expect you to pay out of pocket and be reimbursed later. If your doctor can’t bill your insurer, then ask them to write you a prescription for an in-network pharmacy instead.

The shingles vaccine is an effective vaccine that’s recommended for adults over 50 and can prevent the initial shingles outbreak and the associated nerve pain that affects some patients. Unfortunately, the vaccine isn’t covered as thoroughly as some other vaccines.

If you’re having trouble figuring out whether your Medicare plan covers the shingles vaccine, then reach out to the team at The Medicare Store. We can help you understand how much you can expect to pay for the vaccine. And if your current plan doesn’t cover it at all, we can help you get enrolled in a Medicare plan that does.

The Medicare Store represents national and regional Medicare plans. We do not offer every plan available in your area. Any information we provide is limited to those plans we do offer in your area. Please contact Medicare.gov or 1–800 MEDICARE to get information on all of your options.