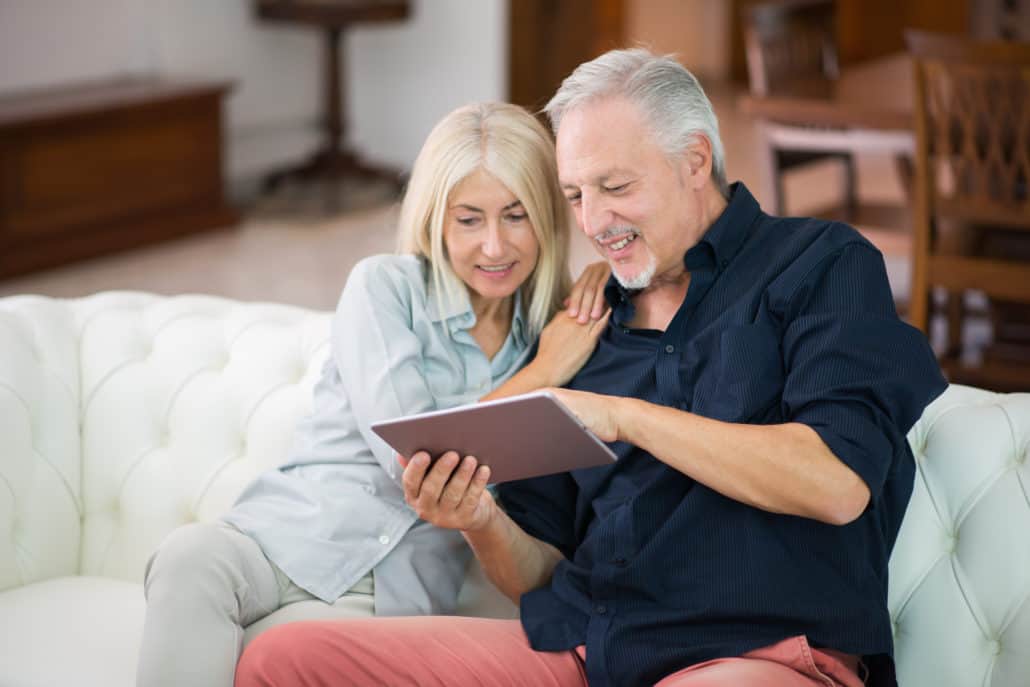 Medicare Supplement Insurance, or Medigap, is a supplemental policy option that offers more complete coverage than Original Medicare Parts A & B. Medigap comes in 10 different plans that are standardized in most states, making it easy to compare your choices.

One of the most popular Medigap options is Plan F, which offers the most coverage, but also has the most expensive premiums. Recent changes to Medicare mean that Plan F won’t be available to new beneficiaries beginning in 2020.

In this article, we’ll take a look at whether you should consider switching to Plan F before it’s too late, or whether you can get similar coverage at a lower cost with a different plan.

WHAT IS MEDICARE PLAN F?

Medigap plans are intended to cover some of the costs that Original Medicare doesn’t cover, such as coinsurance costs and copays. Medicare Plan F covers all of the out-of-pocket costs that Medigap plans can cover, making it the most comprehensive option. However, that also means it’s the most expensive plan, and may not be worth it to some beneficiaries.

As many as two-thirds of Americans who enroll in a Medigap plan choose this one. But with Plan F going away in 2020, you may have to choose a different option. Let’s look more closely at what services are covered and the typical costs associated with a Plan F policy.

Currently, all Medigap plans cover Part A coinsurance for up to 365 days after Medicare stops paying for it. This means that for long-term hospital stays, Medigap kicks in when your Original Medicare policy runs out. If you have Medigap Plan F, you’ll be covered for this.

Plan F covers coinsurance and copays for Part B. Most Medigap plans offer this, but not all of them offer 100% coverage. Plan F also covers the coinsurance costs associated with hospice care and skilled nursing home care, as well as the Part A deductible.

Where Plan F really stands out is with Part B coverage. Plan F is the only plan that covers both the Part B deductible and excess charges (the amount your doctor charges beyond the amount paid for by Medicare), meaning you’ll have no out-of-pocket costs at all.

For many beneficiaries, having the peace of mind is worth it. You’ll pay a higher premium for Plan F, but you won’t have to deal with unexpected costs for your coverage.

However, Medigap plans don’t cover vision, dental, and other services not usually covered by Medicare. For that, you’ll want to look into a Medicare Advantage policy instead.

How much should you expect to pay for Plan F? That depends on where you live and when you enroll, since each insurer is allowed to set their own price for Medigap premiums.

According to data released by the American Association for Medicare Supplement Insurance, a 65-year-old male would pay an average of $159 – $236 per month. However, a beneficiary living in New York City could pay over twice as much ($444) as someone in San Diego ($175).

Is the Plan F premium worth it? That depends on what other policies are available. The only difference between Plan F and G is that Plan F covers the Part B deductible and Plan G does not, so you may save money by getting Plan G and paying the deductible out-of-pocket.

There’s also a “high-deductible” Plan F, which has a lower monthly premium, but doesn’t kick in until you’ve paid the high deductible, which is $2,300 as of 2019. A high-deductible Plan G will be available beginning in 2020 once Plan F is phased out.

In order to purchase a Medigap policy, you’ll have to be enrolled in Original Medicare Parts A & B. Medigap supplements your Medicare coverage, but does not replace it. However, it can’t be combined with a Medicare Advantage policy, so you’ll have to choose one or the other.

To be eligible for Medicare, you must be 65 years or older or receiving Social Security benefits due to a disability. Once you’re enrolled in Medicare, you’ll have 6 months to choose a Medigap plan. This is called your Open Enrollment Period, and is one of the only times when you have a guaranteed issue right to Medigap, which means an insurer can’t deny you coverage or charge you a higher premium due to a pre-existing condition.

You may also be eligible to switch policies if you lose health insurance offered by your employer or another insurer. If you wait to enroll in Medigap or switch policies at any other time, you’ll be subject to medical underwriting and may have to pay a higher premium. Because of this, it’s important to choose a plan you can afford to keep for years to come.

How Part F Works Alongside Other Insurance

Remember, Medigap works alongside Medicare Parts A & B, and doesn’t replace your Original Medicare policy. For many services, Original Medicare will still pay most of the cost of care. For example, Original Medicare typically pays 80% of Part B expenses and you pay the rest. If you have Medigap Plan F, it will cover the remaining 20% for you.

If you have an insurance policy through your employer, then you may want to wait to enroll in a Medigap policy, since you may already have comparable coverage. If that’s the case, you can choose to delay enrolling in Part B and Medigap without facing a late enrollment penalty. You’ll have the chance to sign up when you lose your employer-based coverage.

WHO QUALIFIES FOR MEDICARE PLAN F?

If you’re eligible for Original Medicare and have enrolled in Parts A & B, then you’re most likely eligible for Plan F — at least until January 1, 2020, when it will no longer be available.

However, you’ll need to enroll during your Initial Enrollment Period during the first six months after you sign up for Medicare. Otherwise, you’ll be subject to medical underwriting and could face a higher premium or even be turned down by individual insurers.

If you have a different plan and want to switch to Plan F, you have until January 1, 2020 to find an insurer who offers Plan F and will enroll you.

The main benefit of Plan F is that it covers more services than any other Medigap policy, giving you less to worry about when you schedule a doctor’s visit. Instead of having to calculate your out-of-pocket costs for each service, you can relax knowing that Original Medicare will pay for some of it, and your Medigap policy will cover the rest.

Since there are no out-of-pocket costs, you don’t have to keep track of an out-of-pocket limit or pay the Part A or B deductible. You’ll also be covered for up to 80% of costs for foreign medical expenses when you travel overseas.

But remember, what you save in medical costs, you may end up paying in premiums. It’s up to you to decide whether you want to pay a higher premium for more extensive coverage, or pay for a plan with a lower premium but more out-of-pocket costs.

HOW PLAN F IS CHANGING

Since each company sets its own premiums, the cost of Plan F may go up as beneficiaries get older. Plan F typically has higher rate increases each year than other plans, and experts warn that as the policy is phased out to new buyers, premiums will continue to increase.

Before you enroll, find out how your insurer sets their premiums, and whether it is based on age, inflation, or other factors. If the difference between Plan F and Plan G is higher than the Part B deductible, then you may save money by enrolling in Plan G instead.

Finding the right Medigap plan for you is hard enough without having to predict how changes to Medicare are likely to affect your premium in the future. Fortunately, we know how the market works and can help you figure out which policy will the best one for you in the long run.

If you’re worried about missing out on Plan F, but still aren’t sure whether it’s a good deal, reach out to the team at The Medicare Store. Just fill out the contact form on our website and one of our licensed insurance agents will get back to you to discuss your situation.

PrevPreviousFallon Has a New Medicare Plan in 2020
NextIs It Mandatory to Sign Up for Medicare at Age 65?Next 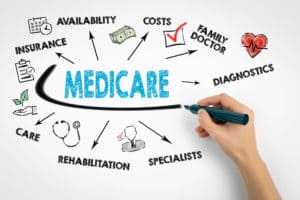 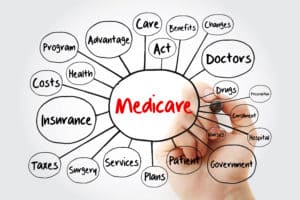 If you are wondering how to choose a Medicare plan... 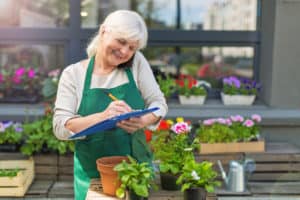 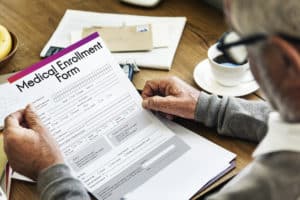 Summary: You have several options when the time comes for... 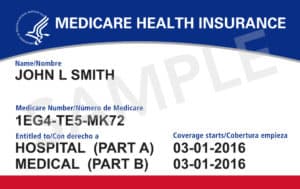 Generally, Medicare is available for people age 65 or... 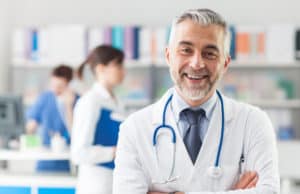 As a Medicare patient, you’re entitled to privacy concerning who...